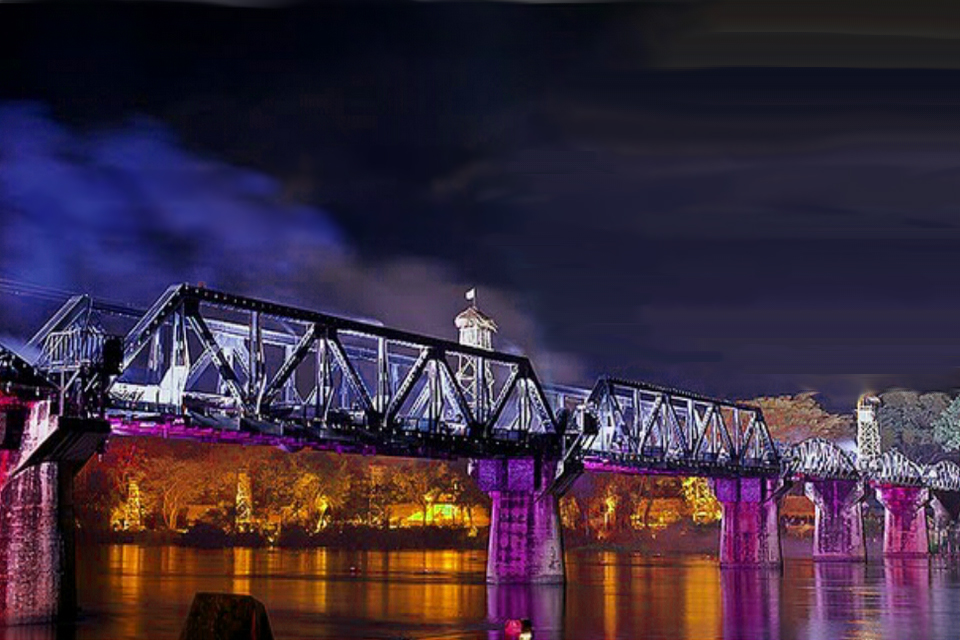 The Bridge over the River Kwai

This simple metal bridge was made world-famous by a Pierre Boule’s novel The Bridge over the River Kwai and the eponymous David Lean’s movie The Bridge over the River Kwai. The bridge was built during the Second World War by the imperial Japanese army which used the Allied prisoners of war : English, Americans, Australians, Dutch and New Zealanders, 61’700 people in total. Furthermore, an abundant Chinese, Vietnamese, Javanese, Malaysian, Thai, Burmese and Indian supply of labour reaching 200’000 people was exploited. The pillars and a part of the deck of the actual bridge are originals. Only the two rectangular parts were built after the war by Japanese for compensation for the war damages. Because the railway line was passing through the river Kwai Yai, the construction of a bridge was necessary : The Bridge over the River Kwai. Tens of thousands of prisoners of war and Asian workers died on the “Death Railway” because of lack of food, hygiene or victims of abuses. On this rare photo reconnaissance, we can see in the foreground the metal bridge with its original arches, and the wooden bridge in the background. 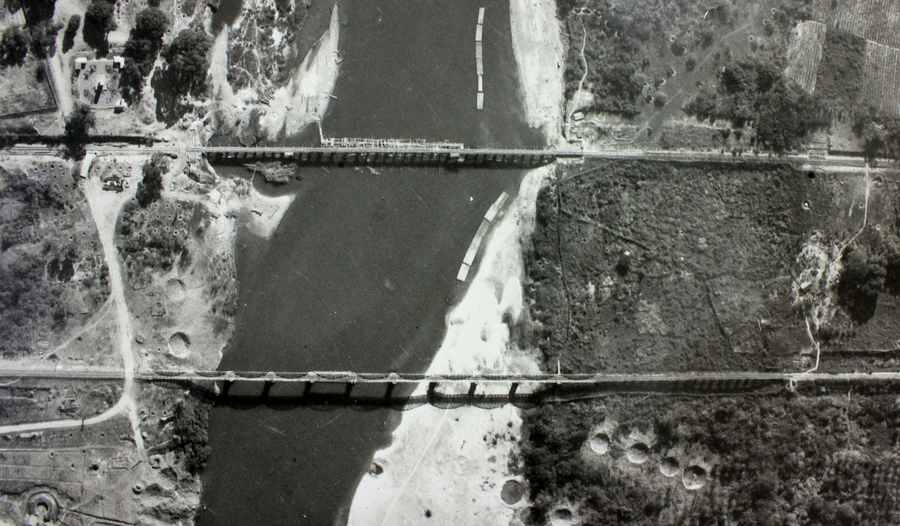 A spectacular sound and light show, renewed every year, twice a day. It’s the highlight of the Festival. During 12 days you have access to folk shows, steam train journeys and the biggest market of the West Thailand. It’s an exceptional opportunity to do some shopping and to have fun. You can find plenty of Thai local cuisine meals, specialities and sweets among flowers and craft. 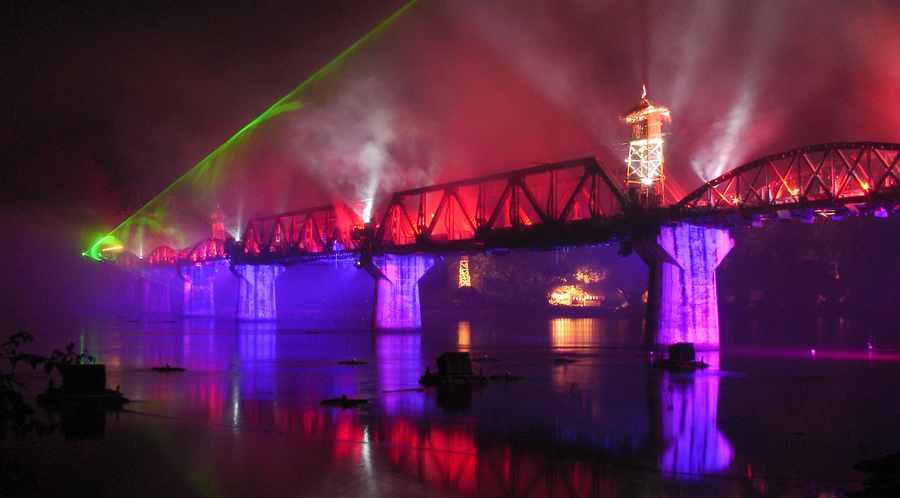 The Bridge with Safarine Tours

Most of Safarine tours allow you to discover The Bridge over the River Kwai. 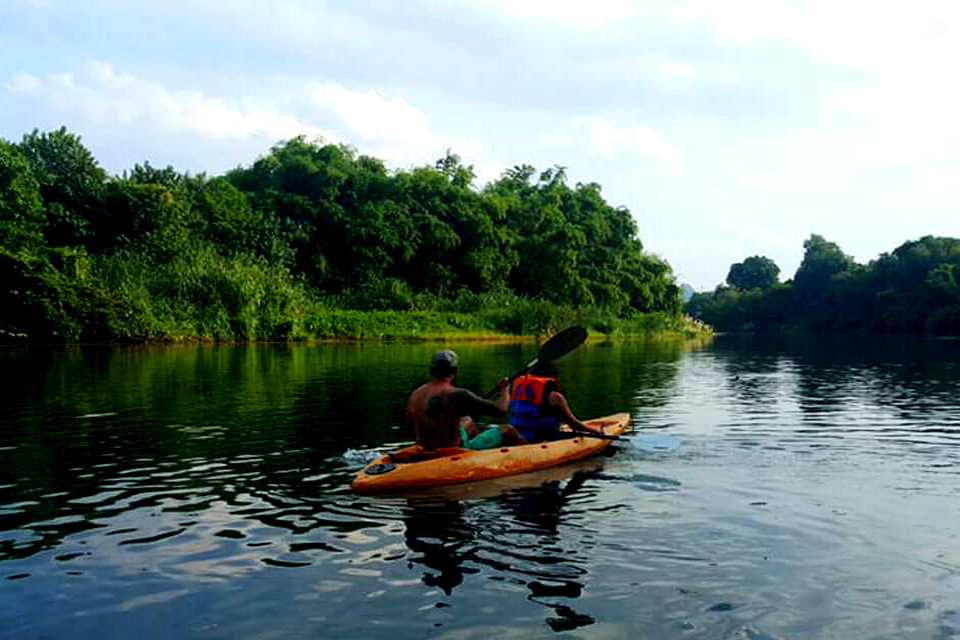 3.  Erawan & swim and bath with elephants